The bridge is said to resemble the Golden Gate Bridge in San Francisco, California. 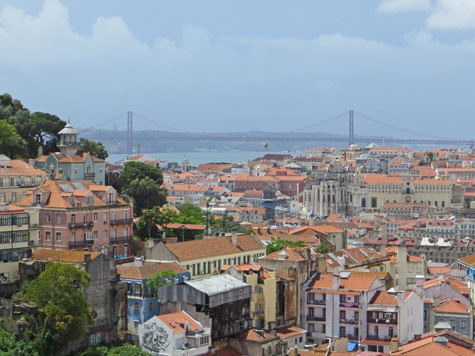 When completed in 1966, the suspension bridge was named "Ponte Salazar" after the dictator Salazar.  It was later renamed to "Ponte 25 de Abril" to commemorate the restoration of democracy in Portugal.