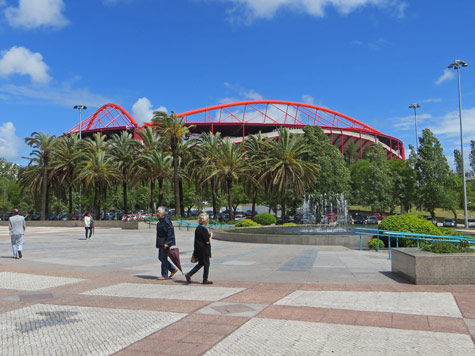 The Estadio da Luz stadium is located across from the massive Centro Colombo shopping mall.  It is accessible via the Lisbon Metro system.