Pombal Square is a massive city square and round-about situated at the north end of Avenida da Liberdade.  The Eduard VII Park (Parque Eduardo VII) is located directly north of the traffic circle.

Dedicated to the Marquis of Pombal, Pombal Square features a statue of the man that was responsible for the "New Lisbon".  This attractive square was created after the devastating earthquake of 1755.

The Lisbon earthquake destroyed two-thirds of the city and some 40,000 people were killed.  Portions of the city were leveled by a subsequent tidal wave. 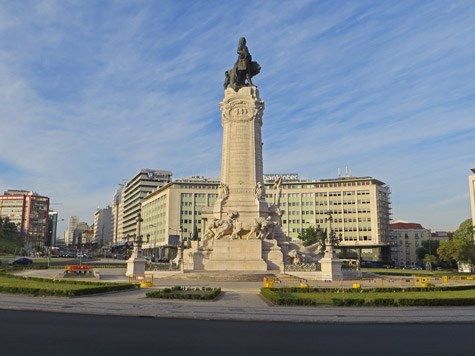 The square is an important transportation hub that includes a metro station and the main terminal for hop-on hop-off tour buses.  It marks the centre of "Modern Lisbon".