The Roman Theatre in Lisbon Portugal is one of the few remaining structures from the Roman Empire.

Visitors can watch the ongoing restoration work of the small Roman amphitheater that was built in honor of the emperor Nero. 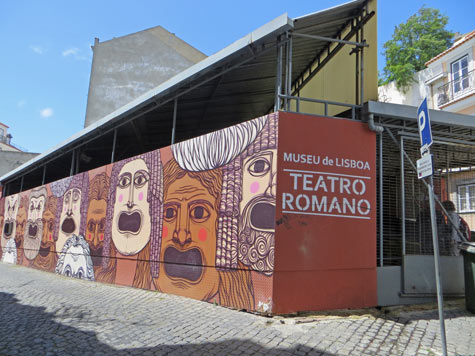 There is a small museum located next to the ruins which explains in detail what is known about this historic structure.

The theatre is called "Museu do Tetro Romano" in Portuguese.