Sao Juliao da Barra Fortress is a coastal defense complex that was built by the Portuguese in the 16th century.  It was built to guard the Tagus River and the city of Lisbon from invaders.

The Juliao da Barra Fortress can be found between Praia de Carcavelos beach and Praia da Torre beach on the Portuguese Riviera. 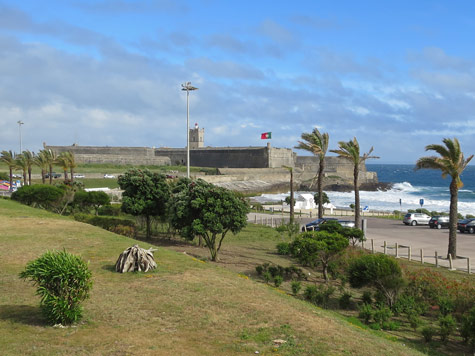 Sao Juliao Fortress is one of several fortresses that you will encounter along the Tagus River, west of Lisbon.