The Monument of the Discoveries was erected in 1960 to commemorate the 500th anniversary of the death of Prince Henry, the Navigator.

The white structure was built on the departure site for many historic voyages of discovery. 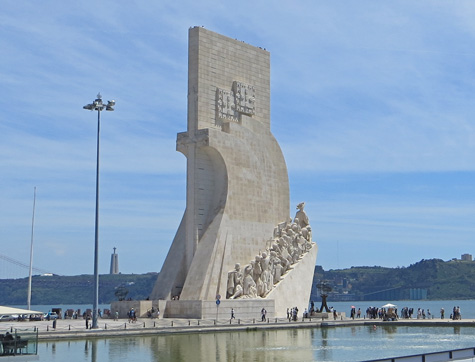 Many of Portugal's great expeditions occurred in the 15th century when expeditions were made to India, Africa and Brazil.

Visitors to Lisbon can ride the elevator to the top of the monument and enjoy a great view of the Tagus River.