Rossio Square is one of three large squares located in the Baixa district of Lisbon.  The tree-lined square comes alive in springtime when the trees break into blossom.

Rossio has been Lisbon's main square since the middle ages.  A number of the city's most spectacular buildings can be found on the square.  The National Theatre is one of them. 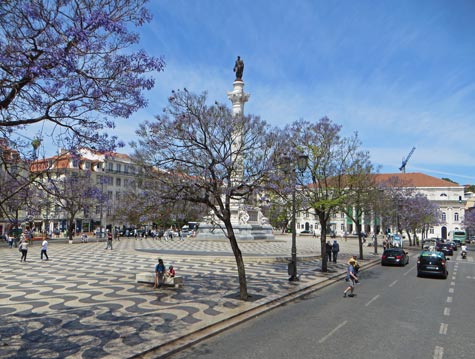 Although the square is officially called the "Praca Dom Pedro IV", it is normally just called "Rossio".